For many older people, the Elm tree is a symbol of a lost past, when grand avenues of Elms lined the streets of every town. Elm trees were planted in parks and larger gardens too, all across America and Europe, and they were greatly loved by everyone. Disease ended those icons of stability, but that doesn’t mean the Elm tree has gone. You can help restore the Elm population, by planting newer, disease resistant varieties, or you can choose a different type of Elm from among the many, from around the world, that are naturally protected from disease.

Elm trees are beautiful shade trees, with broad crowns and a unique vase-shaped profile. They deserve to be planted again, and you can help achieve that, simply by planting one or more Elm trees wherever you have a suitable location.

Using Elm Trees on Your Property 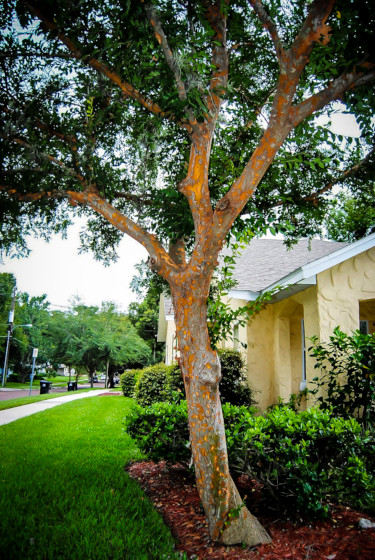 Elm trees are wonderful shade trees, ideal for large lawns and larger properties. They are also attractive when used to mark the boundaries of your property, spaced out at a suitable distance from each other, and from buildings and neighboring properties. Remember that these are potentially long-lived trees, that will in time reach a substantial height and spread, so consider their placement carefully. There are few sadder things than seeing a healthy tree, just entering its maturity, being cut down because it is too close to a home, swimming pool, sewage, water mains, power lines, or property lines. Plant with the future in mind and help to re-build our forests – both inside and outside our cities.

Elm trees can send up strong new shoots from ground level, and they do this even if the tree is killed. This ability makes them excellent for screening, and they can be cut to the ground every few years, to quickly re-sprout again. If you need a natural boundary marker, then a row of Elm trees, cut back every 5 to 10 years, is an interesting and attractive way to achieve that, while fitting perfectly into a woodland or rural setting.

All Elm trees are deciduous – they lose their leaves in winter – although some species from warmer areas may keep most of their leaves through winter. They all form medium-sized to large trees reaching as much as 100 feet tall, with crowns 50 feet wide. The main differences between them are in the bark, and in the size of the leaves. Most mature Elm trees have a very characteristic form, with a tall trunk, branching out into numerous erect limbs, which then spread outward, creating a vase-shaped crown of great beauty.

The leaves are oval, with prominent veins running straight from the central vein to the edge of the leaf. Leaves vary considerable in size, depending on the species of Elm, but they are all similar in general appearance. The leaf ends in a long point, and the edges (called margins) of the leaf are serrated into many small teeth, usually in a double pattern, with larger teeth having small teeth on them. The base of the leaf is usually asymmetrical, that is, one side is large than the other. The leaves are sturdy and deep green, turning yellow to gold in fall. The bark of mature Elm trees is usually dark gray, with deep vertical furrows, giving a rugged look to the tree. The wood is used for boat building, and around farms, because it does not rot when in water. At one time water-pipes were made by hollowing out limbs, and then connecting them together with tar. The wood is also used for furniture and ceiling beams.

The flowers are small and appear in clusters in early spring. Both male and female parts exist in each flower, and they are small, without petals. Pollen is carried from one tree to the other by the wind. The seeds are carried in the center of a round, papery wing-like structure which helps the seeds spread with the wind.

The hardiness of Elm trees varies from one species to another. For example, the American Elm is hardy all across the country, which is why it is so widely planted. It grows from zone 2 to zone 9, with few places too hot or too cold for it. Others, such as the Chinese Elm are only hardy in zones 7 to 9, while English Elm is hardy in zones 5 to 9.

Elm trees are not demanding, growing well in almost any kind of soil, from acid to alkaline, and from sand to clay. They do not like poorly-drained and constantly wet soils, but otherwise they are easy to grow, and fast growing when young or when re-sprouting.

Choose a well-drained location for planting. When planting trees that will grow large, like the Elm tree, it is important to avoid any future problems with circling roots. Remember to cut through the roots that wrap around the bottom or sides of the pot. A cross-cut on the bottom, about 1 inch deep, and three or four similar cuts from top to bottom down the sides will encourage the roots to grow outwards, seeking water and nutrients. When planting, make sure you water thoroughly, and that the water goes right down into the root ball. Water regularly, at least weekly, for the first growing season, and in the early years, to encourage good growth.

Smaller side branches should not be removed too soon, as these encourage the development of a thicker, stronger trunk. Once the trunk is sturdy, you can remove side shoots to develop a clean trunk to the height you need for clearance to walk or drive underneath it. Crowded branches in the center of the tree can also be removed, to develop several strong limbs, but complex pruning is not required, or desirable.

Dutch Elm disease has devastated Elm trees across both America and Europe, but a considerable amount of work has been done to select trees that show resistance, and some species are naturally resistant. You do not need to let the fear of disease discourage you from planting Elm trees – just select resistant varieties.

There are about 30 species of Elm trees, called Ulmus by botanists. They are found growing across the northern hemisphere, in North America, Europe and Asia. Some even grow as far south as Indonesia. In our gardens and cities, the Elms planted are from three groups – American, Asian and European.

There are several species of elm trees that grow naturally in North America, but only one, the American Elm, also sometimes called white Elm, is grown regularly in gardens. This large tree can reach 100 feet in height, and live for centuries, and its tall trunk with a very characteristic broad, arching crown, was once seen throughout the eastern states and in Canada. It is very hardy (to minus 40), and very adaptable, able to grow on most soils except for very wet ones.

Since the 1960s these trees have been largely destroyed by Dutch Elm Disease, but today there are resistant forms available. Thanks to extensive breeding and selection, it is now again possible to grow this magnificent tree and look forward to it having a long life. The ‘American Liberty’ group of trees, especially the varieties ‘Valley Forge’, ‘New Harmony’, ‘Princeton’ and ‘Jefferson’ are the top choices for planting.

This tree grows naturally in China, Japan, Korea, Vietnam, and into India. It has a slender trunk with flaking bark, but with a large crown, and able to grow to 60 feet tall. It looks very different from the American Elm because the leaves are small, only one and two inches long, and no more than an inch wide. They are a rich, lustrous green color. Strangely, flowers are produced in fall, although they are very small and will probably not be noticed. The seed pods develop by the following summer, but only small quantities are produced, so they do not create litter.

This is a fast-growing tree, adding at least 3 feet to its height every year when young, so a 30-foot tree may be grown within 10 years – great for quick gardening. Unlike the American Elm, this tree is only hardy to zone 7, and consequently it remains green until late, only turning bronze and gold in November or December. In zone 9 it keeps its green leaves all winter, so it is effectively an evergreen tree.

The Chinese Elm is a great garden choice because it is almost completely resistant to Dutch Elm Disease. If you want an Elm tree, this is an excellent choice, and if you want a Chinese Elm, then the Drake Elm is the top pick. This variety was discovered in California in 1952, and it has a more upright and attractive form than other Chinese Elm – it is by far the best choice to make.

This tree is mentioned simply because it is widely known. It was extensively planted in the mid-west in the past. It is fast-growing and highly drought resistant, and it could be a choice for very dry soils, and for short-term screening. It can be easily clipped into hedges. As a specimen tree it cannot be recommended. The wood is weak, and the branches brittle, so it breaks very easily. It also never develops an attractive form, and it is very inferior to the Chinese Elm, which it is sadly sometimes confused with.

European Elm occupies the same space in the hearts of British and European peoples, that the American Elm does for Americans. It too was widely planted, but as in America, many trees have been lost to Dutch Elm Disease. Work is underway in Europe to find resistant forms, so that the tree can be re-introduced, but the losses have not been as great as in America. The European Elm can also be seen in the Eastern states, where as early as the 18th century it was planted in Massachusetts as a tree for street avenues and in parks.

These old trees became meeting places for important town and village events. There is no particular reason to choose the European Elm over the American Elm, which is generally the superior choice in North American gardens.

Recent DNA analysis suggests that the trees, still often known as; English Elm (U. procera), with a compact crown and deeply fissured bark; Wych Elm (U. glabra), with smoother bark; and Camperdown Elm (U. glabra ‘Camperdownii’), a variety of Wych Elm with drooping branches, are all the same species, called the Field Elm (Ulmus minor). It seems that the all Elm trees show a lot of variation in form and appearance from one seedling to another, and the practice of reproducing these unique individuals from shoots, and by rooting stem pieces, has led over time to many trees being thought to be species, when they are in fact genetically identical clones.

Now that disease-resistant varieties are available, we can begin again to plant Elm trees in our gardens and cities. One day perhaps, we will see again the long avenues of this magnificent trees, and the specimens beside homes, that gave American towns and villages their special character. So plant an Elm today, for a better future tomorrow. Long live the Elm!