Spruce trees consist of around 35 evergreen conifer species in the genus Picea. These can be found throughout most of the northern hemisphere, and there are several species native to the United States. In the wild most of them are large, conical or pyramidal forms, but dwarf cultivars also exist; these are versatile and attractive shrubs that have proven very popular with gardeners.

Spruce wood has been widely used for a range of purposes for many centuries, and in many cultures the foliage has been used as a medicine or food source. The tree holds an important place in the folklore of both Scandinavia and the USA. It’s still commercially important both for timber and paper; the strong wood is highly valued for many specialist purposes as well as a general building material.

A spruce tree – or several – can add a lot to your garden, but planting one isn’t a decision to be taken lightly. It’s important to pick the right species, and to plant it in the ideal location and look after it properly. Here’s a handy guide to choosing and caring for a young spruce.

How to Buy Spruce Trees

Spruce trees grow very slowly as seedlings and can be vulnerable for several years after germinating. To give yourself the best chance of successfully growing one you should get yours from a reputable nursery like The Tree Center, who will have given it the care it needs in the vital early part of its life. Decide what you’re looking for in your garden, pick the perfect spot and the species of spruce you want to plant there, then order it from The Tree Center.

How to Plant Spruce Trees

Water: Water a newly planted spruce thoroughly. Continue to water daily for at least two weeks, then weekly for the first growing season.

When to plant: The best time to plant a spruce is in fall, when it’s gone dormant for the year. Spring, after the last frosts, is the next best alternative.

Proper planting will maximize your chances of having a trouble-free spruce tree. Here’s how to do it: 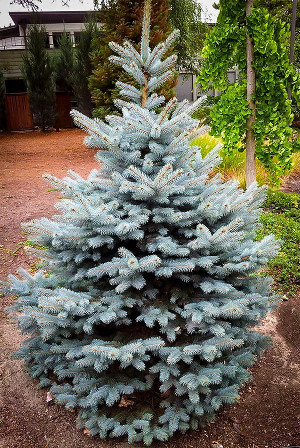 Pick the spruce that’s best suited to your garden and local conditions, and order it from The Tree Center. Choose the ideal spot in your garden, looking for somewhere that gets adequate sunlight and is well drained. Also bear in mind the likely size of your tree when it’s mature; stay clear of overhead cables and don’t plant too close to your home or any structure that could be damaged by roots.

Once your tree arrives prepare a hole for it. First loosen a circle at least three feet wide with a fork. Then dig a hole slightly deeper than the height of your tree’s root ball – about three inches is good – and about twice its width. If the soil is very poor quality dig six inches deeper than the root ball and add a layer of compost.

Now unwrap the root ball and loosen it. Stand the tree in the center of the hole and spread the roots out. Fill the hole with soil and gently tamp it down. There’s no need to tamp too firmly, just hard enough to remove any large air pockets. If your soil is very loose it might be necessary to stake the tree until its root system becomes firmly established.

Make a raised ring of soil around the base of the tree and put a layer of mulch inside it. Fill the ring with water until it stops soaking into the ground.

Spruce trees are tolerant of a wide range of different soils. Acidic, neutral or slightly alkaline are all fine, although if your soil is very alkaline it’s a good idea to mix some peat moss or rock sulfur with the soil before refilling the hole. They prefer good drainage but aren’t very sensitive to it; many gardeners have had good results planting spruces in clay, although it won’t hurt to mix some sand in while planting if your soil is very heavy. Climate is far more important for spruces than soil; they can thrive in virtually any ground but don’t like too much heat at all.

A spruce tree needs reasonable access to water. Their roots are shallow, so they’re vulnerable to the ground drying out, and in long spells without rain it’s important to keep them watered. When newly planted fill the ring around the trunk daily, and keep watering until the ground won’t soak up any more. This should be continued until the tree is established, then weekly for the first growing season (or more often if the weather is dry).

Later, watering will only be required when there hasn’t been much rain. Deep watering is best as it will encourage the roots to grow downwards; surface watering around the root zone will make the tree’s supports even shallower, so water heavily round the base of the tree rather than lightly over a wide area.

Fertilizer should only be necessary when planting in poor soil. If your tree doesn’t thrive as it matures try some balanced, slow release fertilizer around the base, but usually this won’t be required.

Mulch, however, is much more important. The water retention ring around a young spruce should have a good layer of mulch inside, to help prevent evaporation and keep the roots cool. Once the tree is established it’s still a good idea to keep a layer of shredded bark or wood chips around its base. If the soil is poor these will also add useful nutrients as they decompose.

Planting a spruce can transform your garden. Most species are large and imposing trees that can live for hundreds of years, and will add both character and shelter to your property – they make great windbreaks, for example. The spruce also has a solid place in history and mythology.

Around the Baltic spruce trees traditionally had their own goddess, Egle. The spruce’s distinctive form appears on many Scandinavian coats of arms. Closer to home they are also important in Native American legends; for example the Hopi believe that they are the reincarnated spirit of a great medicine man and use the branches in many rituals.

Commercially, spruce timber is very widely used. It isn’t very resistant to rot or pests unless treated but it is both light and strong; it’s been used as a building material for centuries and is also an excellent choice for many musical instruments, including pianos, violins and guitars. Spruce was used in many wooden aircraft designs, including the famous Wright Flyer and the De Havilland Mosquito. Because of its long fibers spruce is also pulped for paper manufacture.

Because of their shape, spruces are commonly used as Christmas trees. Spruce beer can be brewed from fresh shoots; it’s very rich in Vitamin C.

There are about 35 known species of spruce, although the exact number is still debated because it can be very hard to tell some species apart. Most varieties are large, conical trees reaching up to 200 feet high but there are also dwarf cultivars. Whatever you’re looking for in your garden it’s likely there’s a spruce that will suit you perfectly. Here are a couple of examples:

The Norway Spruce is a pyramidal tree that can grow to a height of about 60 feet in cultivation. It’s suitable for cold climates and will thrive even through the harshest winters in the USA. On the other hand it doesn’t like heat and isn’t a good choice in the southern parts of the country.

The Colorado Spruce (Glauca Globosa) is a dwarf species well known for its attractive silvery-blue foliage. It usually grows up to around five feet high and has a rounded, spreading form; it’s idea for planting in rock gardens and can also be shaped into a hedge. Like most spruces it’s best in a cool climate, and is easily hardy enough to survive any winter it’s likely to experience. It’s more drought tolerant than many spruces although it does do better with regular rain.

Spruce has been popular with gardeners for centuries, and there are many benefits to planting one (or more). Native species form a link between your garden and nature; they provide a home for many species of birds as well as food for native moths and other insects. Because of their dense foliage spruce trees also make excellent windbreaks; a row of them can give your garden some very useful shelter.

Susceptibility to pests and disease varies between species. White, blue and Norway spruce can all suffer from various fungal infections, although these can now be treated if caught early enough. Pests like scale and aphids can be a problem. While moth and butterfly larvae that feed on spruce don’t usually do any serious damage an unusually heavy infection can stress a tree. However, the worst threat to spruces is a long period of hot or dry weather. 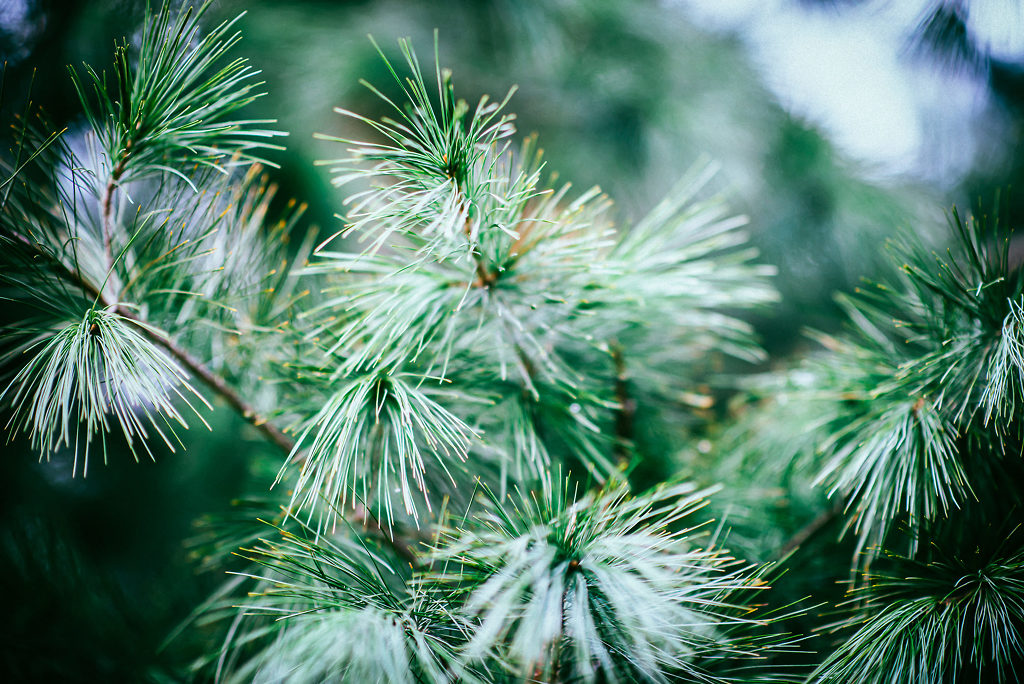 The moment has arrived – your new trees have been delivered and you are about to plant them in your garden. These trees are going to be with you for many years to…