Birch trees, the genus Betula, include a hotly debated number of species – botanists are unsure whether there are 3 different birches or closer to 60. Either way there’s a wide range of sizes and forms, from small shrubs to much larger trees. Some varieties can reach 70 feet or even higher. This variety means there’s almost certainly a birch that perfectly suits what you’re looking for. Many species are fast-growing, and birches in general are well known in nature as colonist trees that can quickly come to dominate a landscape.

Closely related to oaks and beeches, they generally don’t live as long as an oak but have a more graceful and elegant appearance that makes them highly desirable. The birch has been an important tree through most of human history, and its distinctive bark was used for some of the earliest surviving written documents. The tree had great significance in the old Celtic religion, symbolizing growth, renewal and adaptability.

Before choosing a tree it’s important to be sure of exactly what you want; while the birch is quite short-lived that’s by tree standards, and it will take decades to grow to its full size. That means careful planning – not just of how it will affect your garden’s appearance as it grows, but of how it will interact with other plants and even structures – the vigorous roots of a birch can have an alarming effect on fences, patios and even foundations if you don’t allow it enough space.

Birches are generally easy to grow and maintain, but they’re still a significant addition to your garden. Before committing to one make sure you have all the facts you’ll need to select, plant and care for it.

How to Buy Birch Trees

Your best guarantee of success is to purchase your beech tree from a reputable nursery like The Tree Center. A tree that’s been well cared for in the early stages of growth will establish itself more easily and is less likely to be troubled by pests or disease while it’s young. Decide what kind of birch suits you best, based on your local climate and soil type as well as the needs of your garden, then order it from The Tree Center.

How to Plant Birch Trees

Water: Water immediately after planting then weekly for the next six months. Birches grow well in moist to wet soil and don’t like to dry out.

When to plant: The best time is in spring, after the risk of frost has passed. They can also be successfully planted into summer, though. 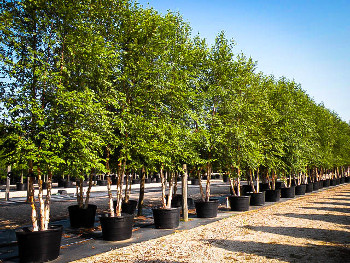 Choose the spot in your garden where you want to plant your birch, then order the most suitable species from The Tree Center.

When your tree arrives, prepare a hole for it. Check the size of the root ball and dig a hole the same depth and twice as wide. Create a small mound in the center of it to spread the roots over. It’s important to dig your hole wide enough so the roots can get a good start at spreading and establishing themselves, but don’t go down too deep – this can stifle the roots.

Stand the tree upright in the hole and spread the roots evenly around the central mound. Fill in the hole with the excavated earth; don’t pack it down too firmly, to avoid damaging the roots. Once the hole is filled water the tree thoroughly. Spread a three inch layer of organic mulch, such as shredded bark or wood chips, over the tree’s root zone. Leave a small gap beside the trunk.

Birches are quite tolerant of soil type but will grow best if you get the conditions right. They prefer a slightly acidic soil, with a pH of around 5.5. They will still grow in soil that’s neutral or even slightly alkaline, but color may be affected and the tree could even become sickly. If your soil is alkaline it’s best to modify the pH when you plant your tree; mix some rock sulfur or peat moss into the soil as you backfill the hole, and consider adding more to the mulch. This will turn the soil acidic enough for your birch to really thrive.

Birches are a perfect choice for heavy clay or soils that drain poorly; they will grow vigorously in ground that would kill many trees. As long as the soil is organically rich, and has enough water in it, your birch should be happy.

These are trees that do best in damp conditions. Birches tolerate drought poorly, so it’s important not to let the soil around the roots dry out. Mature trees are very good at drawing up ground water, but while they’re growing it’s best to arrange some water supplies for them. You can plant a birch near a pond or creek, or in badly drained and slightly waterlogged ground. Even occasional flooding won’t do them any harm.

Young birch trees should be watered weekly all through the growing season, and more often if the weather is dry. Even a mature birch can benefit from two to three hours daily with a soaker hose if the soil around it is drying out. Keep an eye out for signs of dehydration – if the leaves turn brown and desiccated you need to increase the watering.

New trees will really benefit from a good mulch; it will cool the soil, trap water in the root zone and can even leach nutrients down to the roots. In neutral or alkaline soil mulch is also a good way to get a steady supply of acidifying chemicals into the ground. It should be cleared and replaced annually, or more often if required.

In organically rich soil a birch shouldn’t need much fertilizer, but a well-balanced slow release one can be helpful while the tree is establishing itself. Potassium, magnesium, phosphorous, nitrogen and sulfur will all help your birch flourish.

The birch is an attractive and familiar part of the landscape, and makes an impressive addition to the average garden. It’s the national tree of both Finland and Russia, and also the state tree of New Hampshire, so its appeal spans the northern hemisphere. The Druids of ancient Europe attached huge significance to trees and the birch was one of their favorites.

Before paper became widespread many cultures carefully peeled away the outer layer of birch bark and wrote on that; it also has medicinal properties. The wood is hard, tough and attractive, so is widely used for furniture; it’s also ideal for making high-end speaker cabinets.

Because they’re so widely distributed around the world birches are very diverse; the various species can look very different, and some of them bring real unique charm to any garden. Here are some of the most popular varieties.

Native to eastern Canada and the northern Atlantic region of the USA, the Paper Birch is one of the most visually impressive birches. Growing up to 70 feet high, it has striking white bark which peels away from the trunk in strips. Best grown where it will get some shade, and in moist to wet soil, this tree will put on a display of yellow flowers in spring; the foliage itself turns a bright, clear yellow in fall. Unhappy with heat and humidity, it’s a great addition to a northern garden.

Another water-loving tree, the River Birch is particularly resistant to disease. It’s also more tolerant of warmer and more humid conditions, so it’s ideal if you live somewhere with a climate like St. Louis. Its bark color runs from salmon pink to reddish brown, and peels to give an interestingly textured appearance.

Birches have been cultivated, in plantations, parks and private gardens, for hundreds of years. They’re generally robust trees that tolerate the cold and wet. They can also make good shade trees, and their fast growth makes them a good choice for gardeners who don’t want to wait decades for results.

Birches are easy to look after and usually require little or no pruning; most of the time there’s little to do apart from make sure it’s watered. They’re also extremely attractive trees thanks to their distinctive bark and delicate foliage.

Most birches are fairly robust but it is important to make sure they have enough water – they will struggle to thrive in dry soil. The bronze birch borer is one pest that often affects birches, especially if they’re already stressed by humidity or hot weather; too much intense sunlight can also make them vulnerable. An infestation with this insect can kill a birch so it’s important to catch it early. Aphids and leaf miners may also be a problem. Disease is rare, although chlorosis may be seen if the soil isn’t sufficiently acidic. 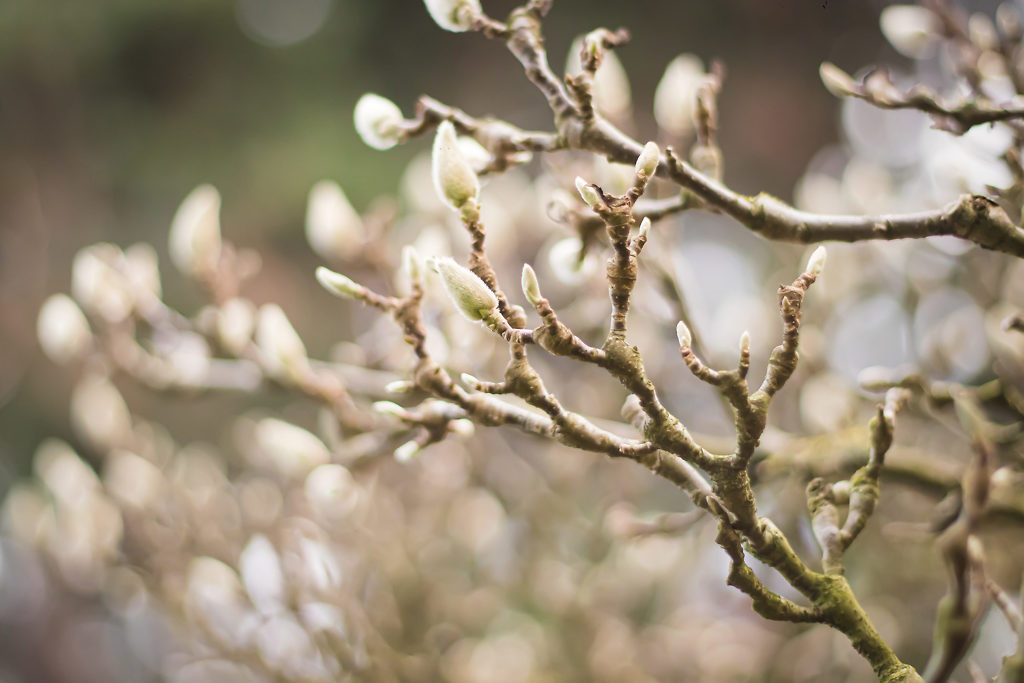 Deciduous trees lose their foliage during winter, bursting to life with new growth once spring arrives. Many types of deciduous trees bring color to an otherwise dull landscape in fall with their brilliant…