If you want to grow your own fruit at home berries are some of the simplest – and tastiest – options. There’s an amazing variety of them, from plump and succulent strawberries to tart cranberries, and they’re key ingredients in a wide range of recipes. What exactly is a berry though? You can picture plenty of them in your head, but a precise answer is surprisingly hard!

Scientifically, a berry is a fruit that grows from the ovary of a single flower. The outer layer of the ovary wall develops into a fleshy coating surrounding the seeds. This definition gives very different results from what we usually mean when we say “berry”. For example tomatoes are berries. That’s not too much of a stretch – scale up a cranberry and it wouldn’t look that different from a tomato – but how about cucumbers and eggplant? Yes, they’re berries too. So are grapes and bananas. Then again, some fruit that everyone knows are berries don’t meet the scientific rules. That includes two of the most popular – strawberries and raspberries.

So there are two ways of defining berries; the scientific way, and the more common definition of any small, pulpy fruit. But both are based on the size and structure of the fruit, not on any family relationship. Berries come from a host of different plants, many of them not closely related at all – and often not even slightly similar. Most berries grow on bushes, which can be neat shrubs like cultivated raspberries and gooseberries to dense, spiky thickets like wild blackberries. Strawberries come from small, low plants that if left to grow spread into ground vines. Cranberries vary by species, with some being bushes and others vines. There really is an immense variety, and it includes larger plants too – there are berries that grow on trees. Let’s have a look at some of them. 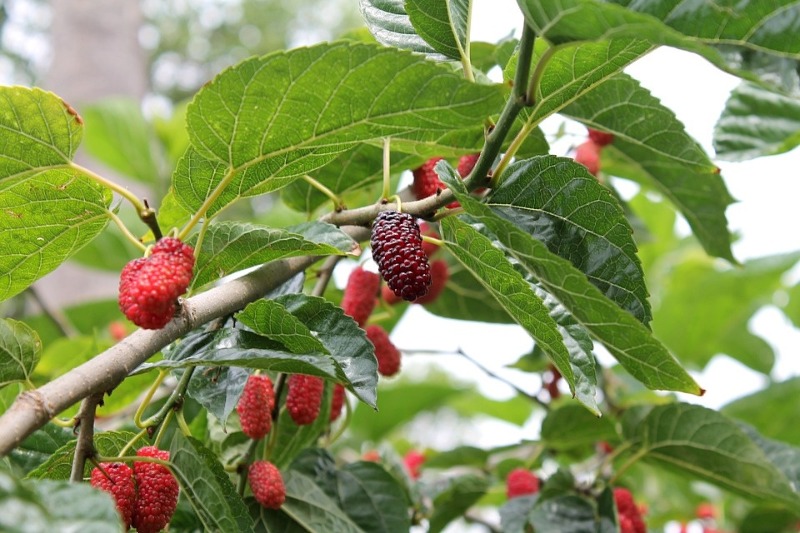 These mid-sized trees are easily grown from cuttings or seeds, and grow quickly for the first few years; it doesn’t take long for them to reach a size where they can produce a decent crop. After their initial spurt they can grow more slowly to between 30 and 50 feet, depending on species, That makes it very hard to pick the berries though, so commercial plantations usually prune them to a height of five or six feet.

The berries themselves look like elongated raspberries and have an intense sweet flavor. Most are dark red or black when ripe but there’s also a white cultivar, which has a milder taste. Mulberries are native to Asia and parts of Africa but can be grown in many regions of the USA. Check your local laws though – some cities have banned them because male trees produce large amounts of pollen. 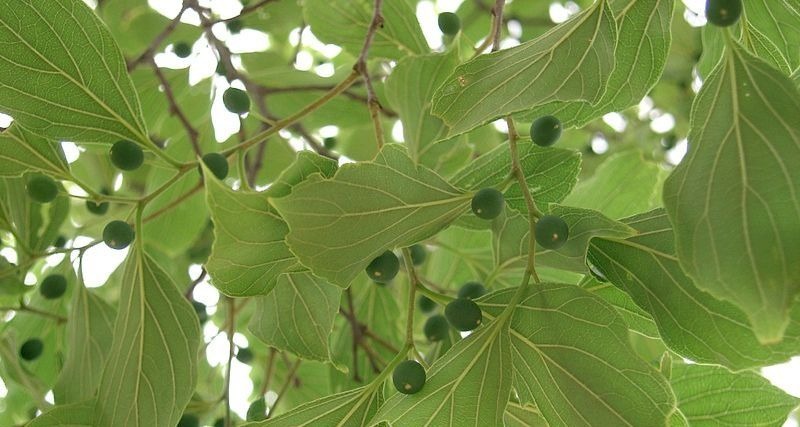 Different species of hackberry trees are found throughout the northern hemisphere and several are native to the USA. The Western Hackberry from the southwest and the southern Desert Hackberry are two that have edible berries; these have a quite dry texture, a bit like dates, but a pleasant sweet taste. Hackberry trees are sometimes grown ornamentally, especially in areas with low rainfall. The Desert Hackberry is almost more of a shrub, growing to about ten feet, while the Western Hackberry can reach up to 70. 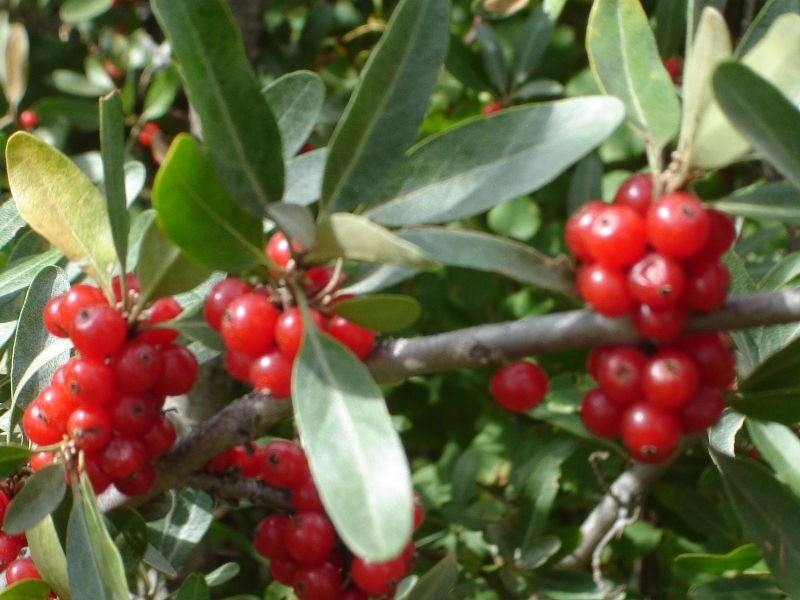 Despite the name this species also grows in the western and northern USA, plus Alaska. It grows up to around 13 feet high and is found in and around wooded areas. Native Americans have been collecting its berries for centuries to make a delicacy called sxusem. The Buffaloberry has an unusual flavor with both bitter and sweet notes, so to reduce the bitterness they’re mixed with a sweet fruit – usually raspberries – in a large bowl then whipped, like cream, to produce a frothy mixture. The froth comes from a chemical in the berries called saponin, which produces bubbles like soap. 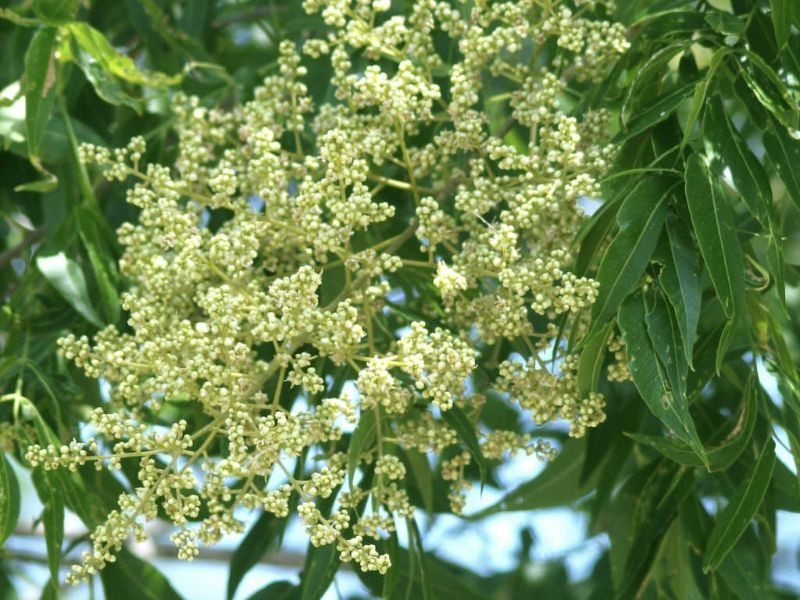 The Canada Buffaloberry isn’t the only fruit that contains saponin. There’s also the Soapberry family, found in the southern and southeastern USA. The fruits of these trees aren’t edible, because there’s enough saponin in them to irritate your stomach. However there’s also enough to act as a natural detergent, and Native Americans have traditionally used the berries to make soap. 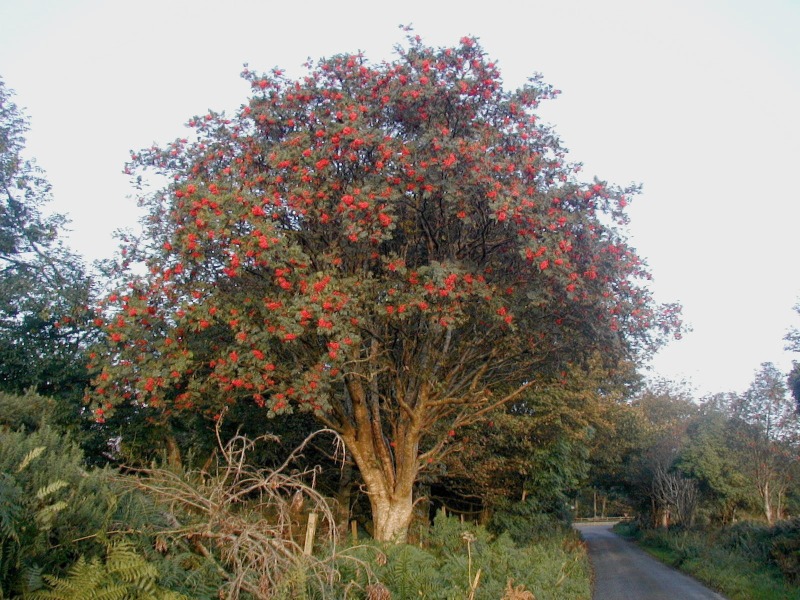 Also known as Mountain Ash, there are several native species of rowan in the USA. They’re mid-sized trees that produce spectacular bunches of bright berries. Most are red, but some Asian species have white berries. European rowans have slightly bitter, but edible, berries that can be made into a jelly. They can also be dried, ground and used as a coffee substitute. An old name for the European rowan is the chequer tree; the British Prime Minister’s country home, Chequers, is named after the rowans in its grounds. 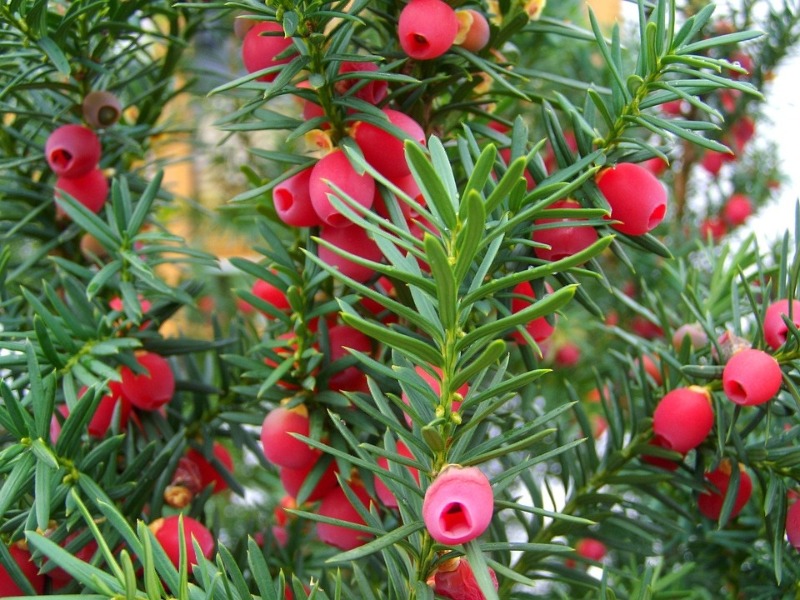 Yew trees are conifers, with two species – the Pacific Yew and Canadian Yew – found in North America. It’s an important tree to many pagans and its wood is excellent for making bows (the famous English longbow was traditionally made of yew) but it also produces soft, fleshy red berries. The flesh is edible and very sweet – but eating them is dangerous. Every part of the tree except the flesh contains taxine, a highly toxic alkaloid, and that includes the single seed inside each berry. The seeds from just a handful of berries can cause death in a few hours, so it’s a dangerous tree to have around. Taxine is particularly lethal to horses, cattle and pigs, but even the pollen of yew can cause a wide range of uncomfortable symptoms, from triggering asthma attacks to rashes, headaches and sore joints.

There are many more berries that grow on trees, and several can be grown either ornamentally or for their fruit. Take care when selecting ornamental ones though, especially if you have young children. Not all are edible, and while the yew is an extreme example there are others that can make you ill. Just because a fruit tastes good doesn’t always mean it’s completely safe. Of course some edible species make good ornamentals too, so you can have the best of both worlds!